Mother, 45, opens up on why she decided to have an at-home abortion

Learning you’re pregnant is usually a cause for cerebration, but for a woman with cancer it was a nightmare.

Australian woman Lisa knew she couldn’t have a second child while undergoing ‘hideous’ breast cancer treatment and an abortion was her only option.

‘I was in complete shock… I would have done damage to the baby, it would have set my treatment right back, I already have a child I need to be here for,’ the woman, who did not give her last name, told Whimn.

Cash-strapped from expensive cancer treatment and not wanting another surgery, the 45-year-old decided to use abortion pill RU486 at home.

Lisa called the Tabbot Foundation, which screens women for at-home abortions, mails them the pills, and provides medical support through the process at a cost of $250 for Medicare card holders and $600 for other women.

First she spoke to a psychologist and doctor to comply with her state’s abortion laws and then had an ultrasound and a blood test.

‘I had an abortion at 17, who are you to judge?’:… Radio host who has been in a relationship for eight years… ‘The doctors asked if I wanted have an abortion’: Pregnant… ‘My son looks like my rapist and it frightens me’: Powerful…

Then the drugs arrived in the mail with instructions on how to use them, with a nurse on the phone to guide her through it and a doctor on call.

It usually takes about 12 hours for the termination to start, but Lisa said it began almost immediately and she had to call the doctor.

QLD: Legal if pregnancy would mean a serious danger to the women’s health

NSW: Legal if pregnancy would mean a serious danger to the women’s health, fetal defects or for economic or social factors

SA: Legal if pregnancy would mean a serious danger to the women’s health or for fetal defects

WA: Legal if pregnancy would mean a serious danger to the women’s health, for fetal defects or for economic or social factors

She experienced heavy bleeding and an unexpected searing pain, though she said it passed quickly.

‘The doctors and nurses will say it’s like a heavy period but it’s not, it’s worse than that but that shouldn’t scare people, that is normal,’ she said.

Tabbot’s website stated: ‘Most women experience pain and cramping like period pain and this can be intense for the first 1-2 hours’.

Lisa said the pain and bleeding lasted about three to four hours, while doctors called back to check on her, followed by 10 days of period-like bleeding.

The relieved mother said the decision to end her pregnancy should be a woman’s alone and hit out at those who wanted abortion banned.

‘If I hadn’t have had access to this method in my own home away from hospitals it just doesn’t bear thinking about, I probably would have either died from cancer or had a disabled child to deal with if it had gone full term,’ she said.

‘To think that someone could take that choice away from me in order to make me have those two outcomes, it just doesn’t sit right.’

Abortion in Australia | The Tabbot Foundation 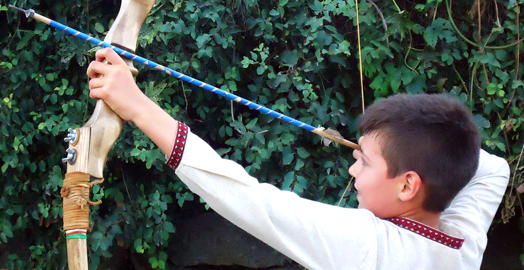