Microsoft is mining the Xbox 360 ‘Red Ring’ controversy for profit, and that’s not cool

Watching Xbox’s Power On documentary,  on YouTube, was a delightfully nostalgic journey through Microsoft’s 20 years in the game console market. A wide variety of interviewees and an honest assessment of the brand’s highs and lows make the six-part documentary feel authentic.

«Jeepers,» I thought. «I want to immediately.»

Then I watched the episode covering the Xbox 360’s infamous , a that cost Microsoft to repair. And I remembered how gutted I was when it happened to me.

This doesn’t seem like something to celebrate, but it feels like Microsoft is doing just that by  to coincide with the new documentary.

I don’t know how countless other gamers — those whose precious time and energy were wasted by the 360 hardware failure — feel about this, but my blood boiled at the idea that Microsoft is making money off this issue. I’m certainly not nostalgic about it, and the idea of having a reminder of the one console that failed me isn’t appealing in the slightest.

I loved my 360. Playing  on Xbox Live and on that console was essential in getting me through my first breakup as a 19-year-old in 2006. I was fixated on in-game achievements, playing for long hours to unlock as many as I could. (I’ll admit that I was emotionally dependent on my 360.)

Entertain your brain with the coolest news from streaming to superheroes, memes to video games.

It seemed like Microsoft had a loyal fan for life, until my 360’s front power indicator showed three red lights instead of the four green ones. That day’s session was cut short. A little online investigation revealed that my beloved console was dead. Microsoft started a repair program to sort out the issue. Three or four weeks later (it apparently took much longer in my native Ireland than it did in the US), I had a working gaming machine again.

Unfortunately, some of the magic was gone. I kept expecting the problem to happen again, and it sure did. And I went another few weeks without a console. Great.

Pretty much everyone I knew who played their 360 extensively suffered through at least one Red Ring — some of CNET colleagues who are passionate gamers recalled having . (One did manage to avoid the issue altogether; his 360 was a chosen one.) A 2009 study of console failures found that of Xbox 360 consoles failed, considerably more than its competitors (10% of Sony PlayStation 3 consoles and 2.7% of Nintendo Wii consoles).

The documentary from this issue, and it’s clear the people at Xbox felt terrible about it. Microsoft handled what might have been a brand-killing disaster as well as it could have — by flinging at the problem and of the console.

«These were the darkest days of my career,» Leo del Castillo, part of the Xbox hardware engineering group, .

If you have any concerns pertaining to where and ways to use lion4dbet (visit here), you could contact us at our page. 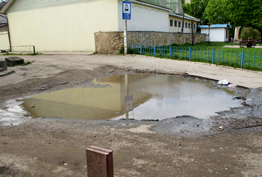