The move illustrates how a deep recession in Brazil and trade turmoil on both banks of the Rio Grande have stifled the sort of rapid growth the Australian-listed firm hoped for when it earmarked the region for expansion three years ago.

It also underscores how fallout from a global shift toward protectionism has compounded economic problems in trade-dependent emerging markets.

Seek said its revenue and outlook soured in both Mexico and Brazil, which together comprised almost 16 percent of the A$7 billion company’s first-half revenue.Things would likely get worse before they get better, it added.

Impairments totaled A$178 million ($132 million) on investments previously valued at A$335 million. Core earnings were forecast to rise 5 percent to 8 percent in the year to June 2019, slower than the 15 percent the company said it expected to report for the previous financial year.

David Pace, portfolio manager at Seek shareholder Greencape Capital, said that while the company’s expansion plans could now take longer to bear fruit than expected, it was no reason to pull out of Latin America.

«They are far too long-term focused and rational to be making decisions like that about highly prospective, perhaps now very long-term market opportunities,» he told Reuters.

Seek doubled its shares in leading job search websites in Mexico and Brazil in 2015 and 2016, as economic activity in the region started to decline.

Brazil’s central bank in June slashed its growth forecast for 2018 gross domestic product, while Mexico’s economy shrank in the second quarter amid uncertainty over the future of the North American Free Trade Agreement.

In Brazil, where unemployment is 12.4 percent, job growth has run at a trickle but that has eluded Seek since the growth has mostly been in the informal sector.

Excluding the impairments and an upgrade to the value of a Chinese networking site, full-year earnings were tracking toward the top of company guidance.Results are due on Aug. 15. ($1 = 1.3521 Australian dollars) (Reporting by Tom Westbrook in SYDNEY. Additional reporting by Chandini Monnappa in BENGALURU; Editing by Stephen Coates) 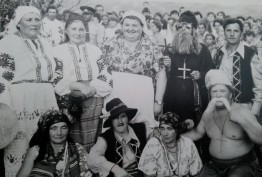